This article explain how to install a Qemu based FreeBSD virtual machine under Win 7 64bit OS. The reason for making this tutorial is the usability of Qemu FreeBSD machine inside of the GNS3 network simulator, where the FreeBSD is used as the framework for running JunOS Olive routers.

As the first step we have to create a virtual image where we will install FreeBSD. So run from the qemu install folder:

where the command create a Qemu image disk, here named olive-base.img of the 4GB size.

Next we will install FreeBSD inside of created image. To do that copy downloaded FreeBSD ISO image into the directory, where the qemu is installed, in my case

The command starts the qemu virtual machine (VM) with previously created disk olive-base.img. The VM have 256MB of RAM and attached CDROM with inserted the FreeBSD install ISO image, 4.11 mini install ISO in my case. 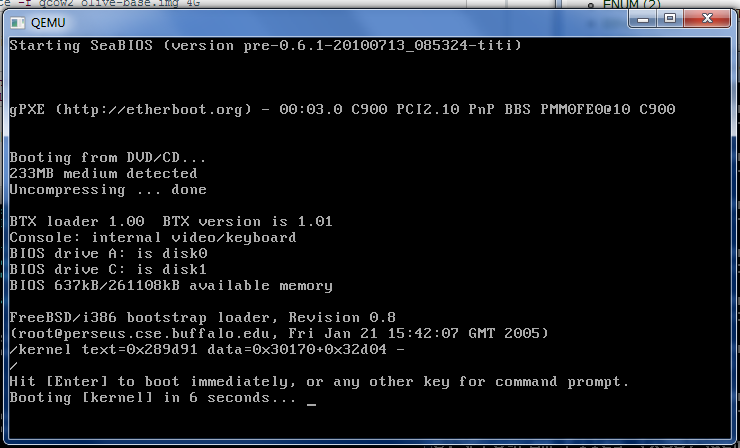 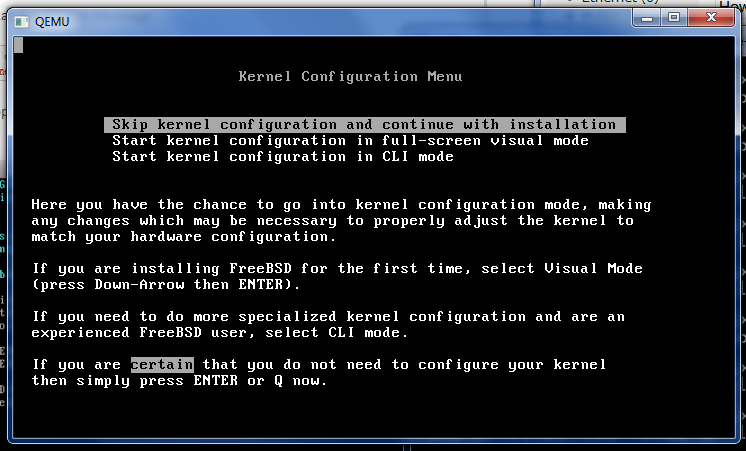 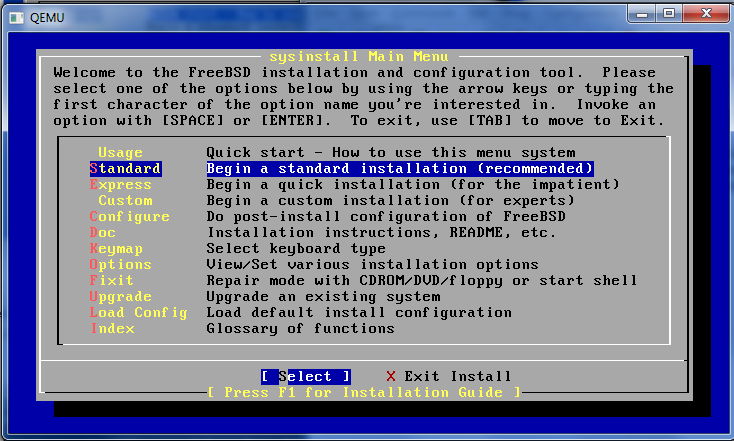 Make a disk partition pressing "A", where we wil use all the disk space, and press "Q" to finish the partitioning: 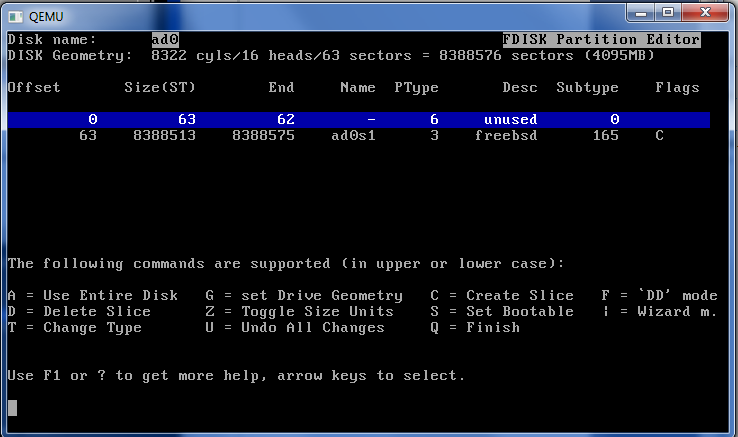 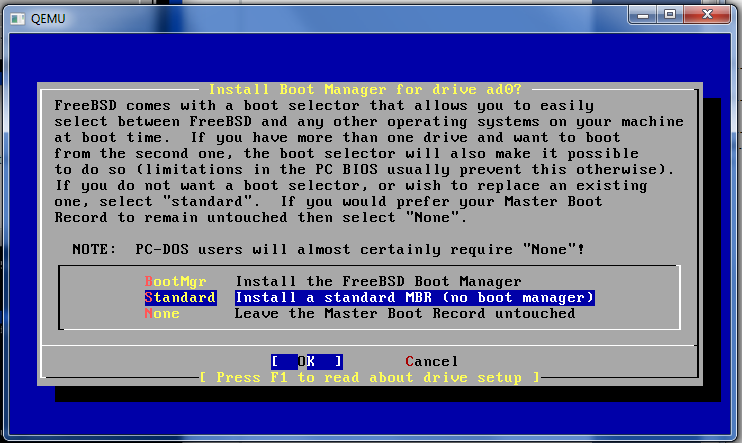 Next we will create four logical partitions of correct types and mounting points. 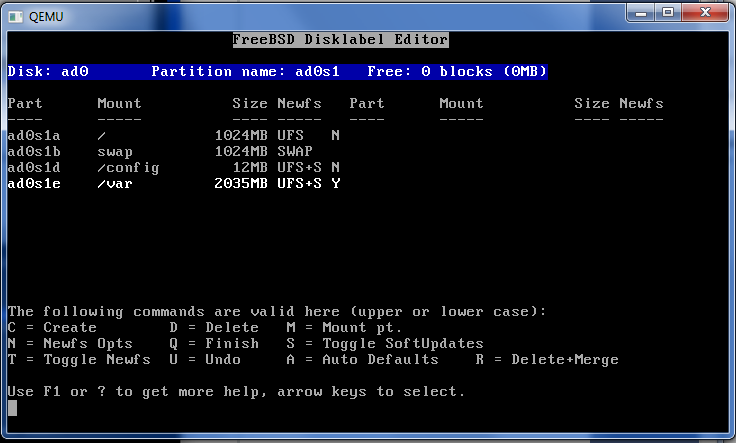 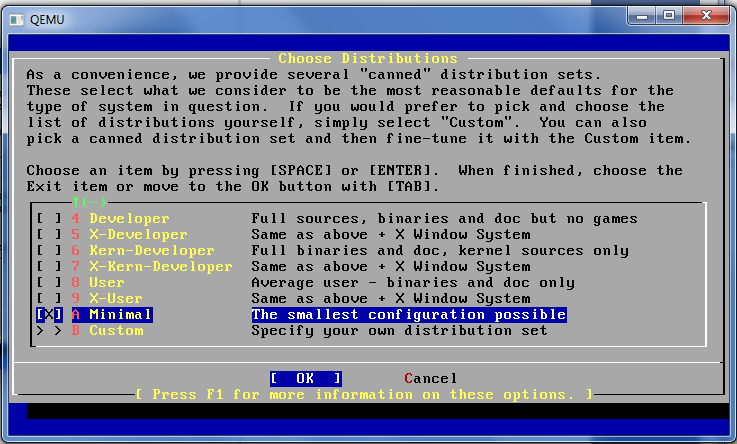 and as the install media choose CD/DVD: 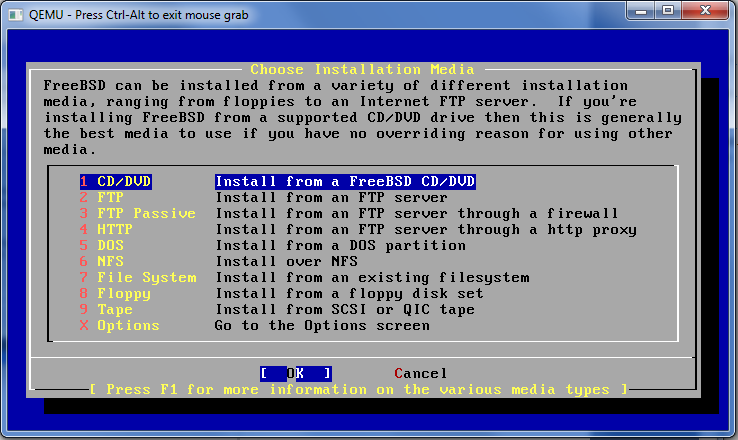 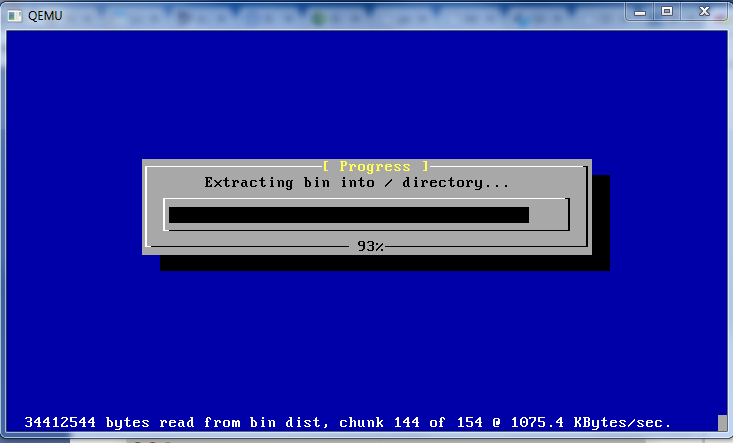 The installer program will ask you for many of user confirmation questions (Ethernet/SLIP config, gateway, inetd, FTP, NFS, security, console, linux compatibility, set time, etc), answer no for each of them.

Do not forget to enter a root password, just do and remember it!

Finally exit the the FreeBSD installer by choosing X Exit Install. While FreeBSD CD is rebooting, quit Qemu (closing the window or by by pressing Ctrl-Alt-2, and then typing: "quit").